Inspiring talks to help you prepare to celebrate the birth of the Lord, Jesus Christ at Christmas.

Here’s What You Get When You Register:

Here’s a Preview of the Retreat!

We invite you to join us this Advent to prepare your heart to celebrate the birth of our Lord, Jesus Christ!

St. Teresa of Calcutta said the season of Advent is like springtime in nature — “when everything is renewed and is so fresh and healthy.” She said, “Advent is also meant to do this to us — to refresh us and make us healthy, to be able to receive Christ in whatever form he may come to us.”

We want to help you do that — that’s why we created the Pray More Advent Retreat!

As a part of this retreat, you will receive access to 13 different talks on prayer, the season of Advent, and lessons from the saints. That’s about 4 talks for each week of Advent, and we’ll send you an e-mail with those talks every week. Each of those talks will also come with a printable study guide that has reflective questions and prayers to accompany the presentation, along with transcripts of each presentation. You can participate at your own pace. Some of the talks are 10 minutes long, and some of them are closer to 20.

We hope the Pray More Advent Retreat will help you to intentionally work on your prayer life this Advent — wherever you are, and whenever you have the time.

Once you register, we will send all the presentations to your email for you to enjoy :)

St. John Paul II said, “The Word who found a dwelling in Mary’s womb comes to knock on the heart of every person with singular intensity this Christmas.” We hope the Pray More Retreat will help you to be ready to open the door to our Lord, Jesus Christ, and to respond to His call to holiness and faithfulness.

Learn how to have a holy, prayerful and transforming Advent season.

Slow down and reflect on your prayer life and encounter with Jesus.

Renew your hope as you wait expectantly & joyfully for God’s answers to your prayers.

— What would the Saints say about this? —

“Are we ready to receive Him? Before the birth of Jesus, his parents asked for a simple dwelling place, but there was none. If Mary and Joseph were looking for a home for Jesus, would they choose … your heart, and all it holds? Let us pray that we shall be able to welcome Jesus at Christmas…”

The liturgy of Advent…helps us to understand fully the value and meaning of the mystery of Christmas… Advent is, so to speak, an intense training that directs us decisively toward him who already came, who will come, and who comes continuously.”

“Advent is here. What a marvelous time in which to renew your desire, your nostalgia, your real longing for Christ to come — for him to come every day to your soul in the Eucharist. The Church encourages us: He is about to arrive!”

“The Church asks us to understand that Christ, who came once in the flesh, is prepared to come again. When we remove all obstacles to his presence he will come, at any hour and moment, to dwell spiritually in our hearts, bringing with him the riches of his grace.” 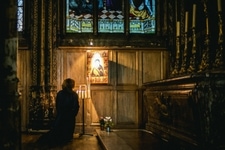 Waiting Well: Making the Most of Advent 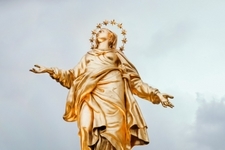 Following the Queen of Advent: How Mary Journeyed Through the First Advent 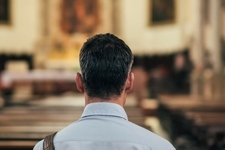 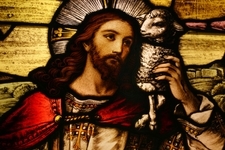 Isaiah 9:6: The Titles of Jesus 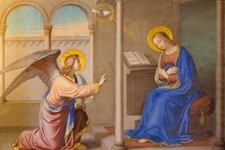 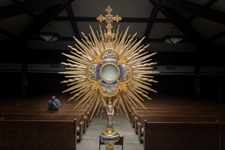 Back to the Basics, Part I 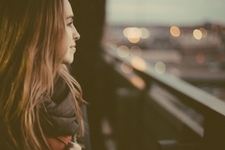 Having Great Hope in God’s Plan 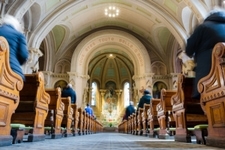 Back to the Basics, Part II 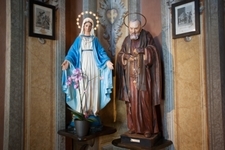 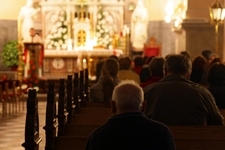 Back to the Basics, Part III 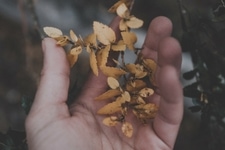 An Introduction to Our Need of Forgiveness 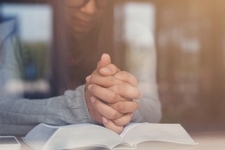 The Stages of Giving & Receiving Forgiveness 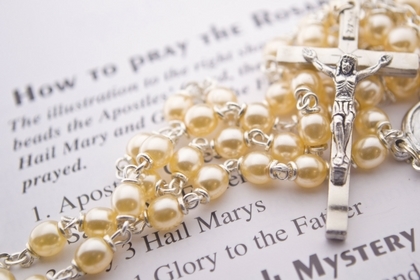 The Joyful Mysteries of the Rosary

Featuring All of the Pray More Retreat Speakers 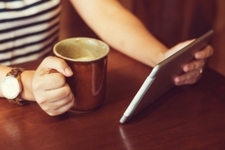 + Study Guides to Accompany Each Talk 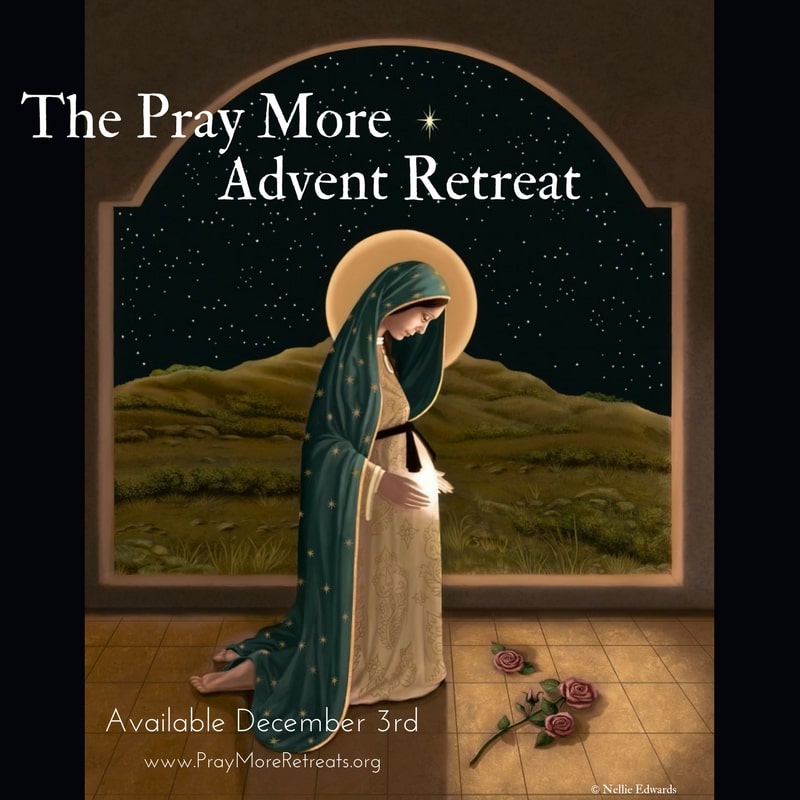 Learn how you can have a holy, prayerful and transforming Advent season.

Renew your hope as you wait expectantly & joyfully for God’s answers to your prayers. 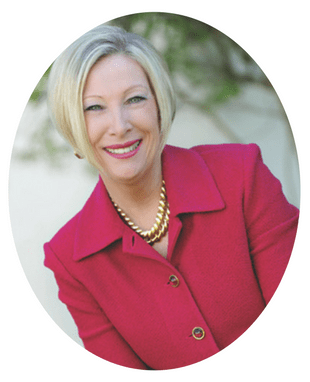 Johnnette S. Benkovic is Founder and President of Living His Life Abundantly® International, Inc., a Catholic evangelization apostolate with outreaches in television, radio, print, and internet communications.  She is also Founder of Women of Grace®, a Catholic apostolate for Christian women that features a number of outreaches including conferences, curricula, study groups, and more.

After years of being a non-practicing Catholic, Johnnette experienced a deep conversion back to her Catholic faith in 1981 and discerned a call to share the Gospel message through the media.  She has been a consistent presence in Catholic radio since 1987 and in Catholic television since 1988.

Johnnette is Executive Producer of the Women of Grace television program, which is aired on EWTN internationally, Monday through Friday. The program discusses contemporary issues from a Catholic perspective.  Johnnette is also host of Women of Grace Live, a one hour call-in radio talk show that also airs Monday through Friday. She is heard nationally on AM/FM stations and internationally via short wave and satellite radio. For additional information about Living His Life Abundantly® International, Inc. and Women of Grace®, visit the www.womenofgrace.com.

In addition, Johnnette is a popular conference speaker, retreat conductor, and seminar presenter, and has been published in major Catholic magazines.  She is the author of several books including Full of Grace:  Women and the Abundant Life (Servant), Grace-Filled Moments, Living Life Abundantly: Stories of People Who Have Encountered God (Servant), Experience Grace in Abundance: Strategies for Your Spiritual Life(Sophia), The New Age Counterfeit (Queenship), Graceful Living: Meditations to Help You Grow Closer to God Day by Day (Sophia), and  The Rosary: Your Weapon for Spiritual Warfare (Servant).

Johnnette was married to her husband, Anthony, for nearly 34 years and became widowed in 2007. She is the mother of three adult children, two living, and has seven grandchildren. 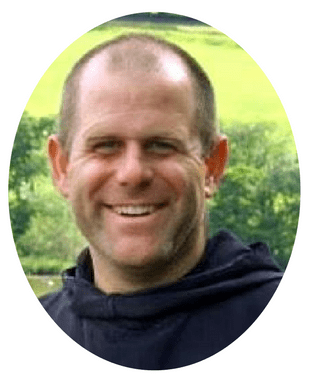 Father Nathan Cromly is an informative and engaging speaker, writer, retreat leader, explorer, innovator, and educator. Originally from Toledo, Ohio, Father Nathan is a Catholic priest of the Brothers of Saint John in Denver, Colorado. From teaching children to adore the Blessed Sacrament to leading mountain ski retreats with businessmen, Father Nathan’s spiritual direction, teaching, and dynamic witness has touched the lives of tens of thousands of teenagers, married couples, and families in all 50 states.

Father Nathan is a founder whose ministry has taken on a life of its own. In 2003, he began Eagle Eye Ministries, which now is the home of six forms of outreach to teens and young adults. He opened the Saint John Institute in 2015—a program unique in its kind, allowing young adults to earn an accredited MBA while receiving spiritual formation from the Brothers of Saint John. Besides leading international backpacking trips and making documentaries with EWTN, Father most recently founded Saint John Works, a business incubator program hosting a printing press, online store, missionary platform, and a Catholic art clearinghouse. In his free time, Father has written Totus Tuus, a preparation for Total Consecration to Mary, and launched a weekly podcast titled Dare Great Things for Christ.

While always attentive to the people in front of him, Father has also used the media to proclaim the gospel. Father Nathan has appeared multiple times on EWTN’s Life on the Rock and Father Mitch Live. He has co-produced four hour-long documentaries about the lives of the saints, and has been extensively interviewed on Catholic radio and podcasts such as The Jennifer Fulwiler Show, Good Things Radio, and many more.

Above all else, Father Nathan is a Catholic priest. He has dedicated his priesthood to the Immaculate Heart of Mary and is humbled to serve you today. 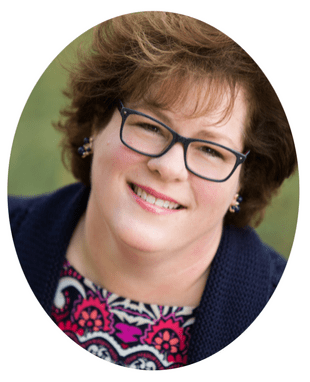 Mary Lenaburg is a writer, speaker, wife and mother sharing her witness and testimony about God’s Redeeming love. After suffering a miscarriage, she gave birth to her son Jonathan in 1989. After another miscarriage, her daughter Courtney arrived August 1992. On September 27, 1992, while being baptized, Courtney had the first of many grand-mal seizures. Going from the church to the emergency room, Mary’s world changed forever. For the next twenty-two years Mary and her family took a spiritual journey that led them to Lourdes, France, numerous hospitals and specialists with their daughter and finally to home-based hospice. Courtney took her last breath this side of heaven on December 27, 2014, the feast of St. John the Beloved, while in her mother’s arms. She is now her parents and big brothers most powerful intercessor. Mary lives in Northern Virginia with her husband of 28 years and her grown son. She continues to embrace her father’s advice: Never quit, never give up, never lose your faith. It’s the one reason you walk this earth. For God just this time and place just for you, so make the most of it. Mary can be found on-line at www.marylenaburg.com 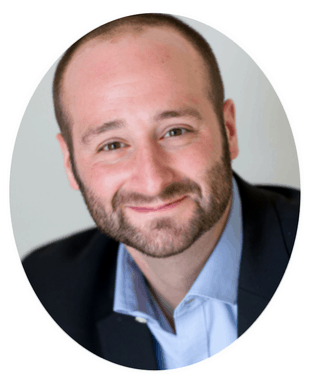 Jon Leonetti is an international Catholic speaker, best-selling author and radio host who conveys a message of lasting fulfillment in Jesus Christ. Through Jon’s keynote presentations and parish missions, thousands of Catholics each year discover the freedom Christ offers by way of his life and love.

Jon’s two books––Mission Of The Family and Your God Is Too Boring––are published and featured in Matthew Kelly’s Dynamic Catholic book program. They have been endorsed by Archbishop Joseph E. Kurtz; the president of the U.S. Conference of Catholic Bishops, Mark Hart, Immaculee Ilibagiza, Brandon Vogt, Tom Peterson and more.

Jon believes that our deepest longing for happiness and wholeness is fulfilled in the encounter with Jesus Christ. Through prayer, the Sacraments, family life, and the help of Mary and the saints, Jon wants to cultivate an intimate relationship with Jesus, and help others do the same.

With this message Jon has been featured and interviewed by the nations top Catholic websites, blogs and radio shows, helping Catholics in all walks of life to fall in love and stay in love with the living God.

At home, Jon enjoys reading, sports, exercising, coffee and, most of all, spending time with his wife Teresa and their children Joseph and Gianna. Jon is currently pursuing a masters degree in moral theology.